Dec 12, 2019 The Worlds Outside politics, united kingdom One comment

At present, I work nights, in an attempt to recoup my financial losses quickly. Stacking shelves doesn’t absorb much mental power, so at night I listen to audio books and dream of new escapes. In my more histrionic moments, I cast myself as a reverse economic migrant, exiled to home to pay my debts. I never said I was a reasonable man. 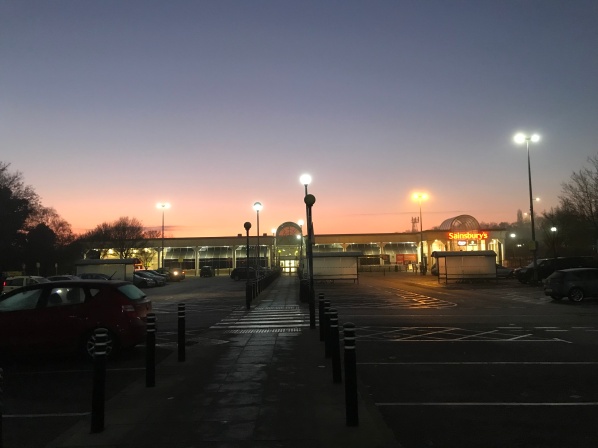 The one recognisable benefit of my upside-down Babylonian captivity is that early each morning, as I come home from work, I watch the sun gingerly ascend over the heathlands and warm the frost. Being the owlish sort, I hardly ever see the sun come up, and each day it reminds me that there’s so much latent magic in the world, lying hidden only because we haven’t thought to look for it yet.

I really need the reminder (in fact, I’ve laced the article with pictures of the miracle, to take the edge off). It’s a weird state to be in, both for me and for Britain, which has been engaged in a depressing, anti-factual, toxic shitstorm of an election (which started as I was in the air from Manila to London). Phones have been appropriated. Spending plans have multiplied. Grown men have hidden in fridges. Chief Rabbis and newspapers have excoriated the Leader of the Opposition as an anti-semite. 88% of high-traffic Tory ads have contained verifiable lies. You know, the usual.

At the start of the election campaign, I felt detached. I’d been out of the country for a year and a half, and while I’d been following politics closely from Japan, it’s been with a distinct sense of separation. I suspected that the Conservatives would probably win again, and would probably crash us out of the EU and cut a deal with Trump about prescription medicines in the NHS. All the same, I couldn’t motivate myself to get out and campaign. Last time, I campaigned for the Greens in Bristol, only to suffer a collapse of our vote (from 27.7% to 12.8%) in the later weeks of the campaign. In my own area, the Greens and Labour Party alike are nowhere.

In a deeper sense, I’m sick of arguing with people about politics. People parry and deflect counter-arguments as they burrow deeper and deeper into their respective stances; hardly anybody changes their mind. People get angrier and more resentful towards each other. But in the end, if you have deeply-held principles, you ought to be prepared to fight for them, and I’ve been a coward.

The Illiberal Revolution comes to Britain

In Hungary, Fidesz’s Viktor Orban is facing protests this week as he tries to impose censorship on state-subsidised theatres1. He’s previously changed parliamentary rules to disadvantage his opposition, and supported government-friendly media conglomerates like MediaWorks, which buys up other media outlets and then routinely fires staff that are critical of the government. The government now effectively controls 90% of media outlets, many of which supposedly ‘donated’ themselves to the ominous Central Europe Press and Media Foundation2. Viktor Orban is no dictator, but he’s not a democrat either. His form of government, with one party permanently advantaged, a compliant media and weak accountability, has been described as ‘illiberal democracy’. Orban himself has used the term.

Illiberal democracy is on the rise across Eastern Europe, from Poland to Turkey. Governments can win free elections while still having profound manufactured advantages. In western Europe, while democracies have had their share of troubles, the growing right-wing populist parties have either been uninterested in centralising power where they do have influence, or too incompetent. In most cases, they simply don’t have the sway to do so.

I used to think the United Kingdom, for all its failures, was relatively immune to this variety of backsliding. I thought that our democratic deficit arose from older problems: huge systemic inequalities, voter disaffection and apathy, and a broken electoral system. But in the last couple of weeks, I’ve started to see signs that I can’t ignore. The first thing that rang alarm bells was the Conservatives threatening to review the licensing of Channel 4 when they substituted an ice sculpture for Boris Johnson, after the Dear Leader was a no-show at their climate change debate. Later in the campaign, Boris made vague threats to ‘look at’ the television license which funds the BBC. Then there’s the refusal to engage with journalists of all stripes, from Andrew Neil to Julie Etchingham. 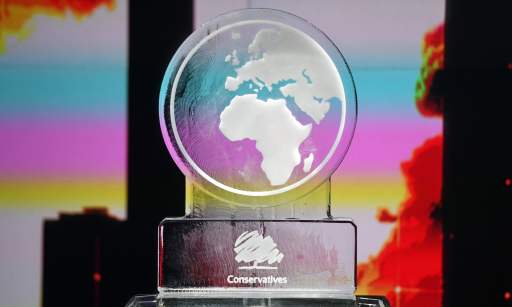 Dominic Cummings, Boris’s senior adviser, is another red flag. Besides his famous attempt to prorogue parliament on false grounds, his blog3 is full of these sort of programs for governmental reform:

‘We should be selecting people much deeper in the tails of the ability curve — people who are +3 (~1:1,000) or +4 (~1:30,000) standard deviations above average on intelligence, relentless effort, operational ability and so on (now practically entirely absent from the ’50 most powerful people in Britain’). We should  train them in the general art of ‘thinking rationally’ and making decisions amid uncertainty (e.g Munger/Tetlock-style checklists, exercises on SlateStarCodex blog). We should train them in the practical reasons for normal ‘mega-project failure’ and case studies such as the Manhattan Project (General Groves), ICBMs (Bernard Schriever), Apollo (George Mueller), ARPA-PARC (Robert Taylor) that illustrate how the ‘unrecognised simplicities’ of high performance bring extreme success and make them work on such projects before they are responsible for billions rather than putting people like Cameron in charge (after no experience other than bluffing through PPE then PR). NB. China’s leaders have studied these episodes intensely while American and British institutions have actively ‘unlearned’ these lessons.’

This is a program for a technocratic state, unresponsive to popular opinion, and the positive reference to the Chinese form of government is no accident, and can be found throughout. We do need a better standard of evidence-based policy, and I’ll freely admit that there are aspects of Cummings’ writing which I agree with. However, if you destroy the empathetic, personal side of politics, you destroy democracy with it. What you build in its place might seem sleek and efficient and desirable, but it will be forever out of your control.

Finally, there’s the enigmatic page 48 of the Conservative manifesto, which talks about reforming judicial review, and also suggests that we ‘need to look at the broader aspects of our constitution, the relationship between the government, parliament and the courts; the functioning of the royal prerogative, the role of the House of Lords.’ Once you know Dominic Cummings and Boris, this points in one direction- a more centralised, technocratic, unaccountable government, alongside a weaker and more compliant media. Boris Johnson may want to partially privatize the NHS or turn Britain into a tax haven, but that’s honestly not what worries me most. I suspect that this government wants to bring illiberal democracy to Britain, and that’s the kind of change that’s difficult to reverse.

A Sense of Duty

I know we can’t let this government imprint its vision onto our vulnerable democracy, but the party I’ve traditionally supported is struggling against the constraints of an electoral system which crushes small parties. The Green Party is where my heart lies, and it’s the best party for anyone who believes in finite growth economics, more power to communities and the urgency of climate policy. However, it’s nowhere in this election, and it’s unlikely to win any new seats. On the other side are the Labour Party, more fundamentally statist than I am, the hope of generations of workers, with some optimistic spending pledges and a mostly decent, empathetic leader who can’t see anti-semitism for looking. They’re imperfect choices, but I know what I have to do.

It’s not because I want to, or because I particularly like their policies. I don’t trust the Liberal Democrats, I think their Brexit policy is misguided, and they offer no meaningful change. I’m not pleased that I’m in this position. I’m voting Lib Dem because we have a stupid, destructive, broken electoral system, which progressively stomps out minor parties and forces people into unhappy tactical decisions4. In my parliamentary constituency of Saint Albans, the race is likely to be closely fought between Daisy Cooper (for the Lib Dems) and Anne Main (for the Conservatives), with nobody else coming close. So the yellow bird is the clear choice for me. The number one priority has to be getting these guys out of office.

And if they get elected anyway, I say we all move to Scotland and declare unilateral independence. They keep the nukes up in Scotland anyway, so no-one will try anything.

4  this video is an excellent, clear explanation of why:  https://www.youtube.com/watch?v=s7tWHJfhiyo