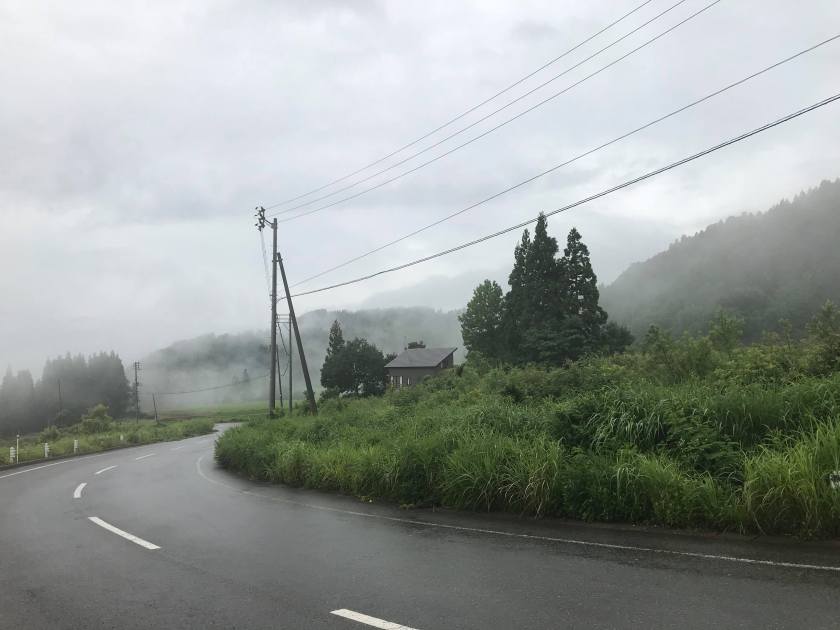 The days are long here in the cloudlands, but the mornings are breathtaking.

As the mist bobs across the rice paddies and comes to rest on the low lying hills, the world is a gentler place. The folk here are strange, and sometimes make us sing songs about peanut butter. And at night, the campfires rage across the meadow. 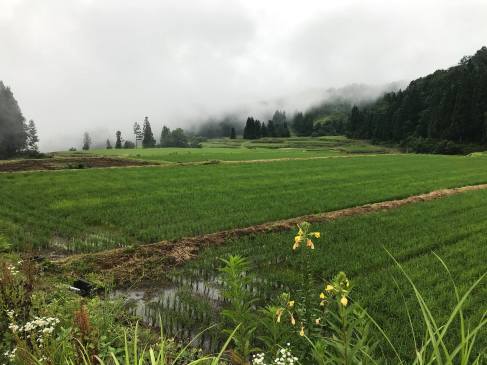 Alright, I’m mostly kidding. Last time I wrote to you, I was suddenly on a train, feverishly rethinking my life plans. At the eleventh hour, I got the call from a summer camp up in the mountains in Tsunan, Niigata, who wanted me as a camp counsellor of sorts. I had a job lined up already. It was one of those crystalline moments where the logical choice was obvious- but I knew what my heart wanted. So I listened. It usually sends me down the right fork in the road. Well, at least two-thirds of the time.

There are weeks of your life that fade to the fringes of memory as soon as you let them go. This week… was not one of those.   It’s been an emotional rollercoaster even by my bumpy standards. I’m pretty sure I’ll remember my first week in Tsunan a long way down the line.

Tsunan is a miniature mountain town, clinging to the slopes of the ‘Japanese Alps’ northwest of Tokyo, with rice terraces piled up above it. The summer camp itself is way above the town, up mad winding roads that shatter your sense of direction. At all levels of the climb, the mist gathers around you- particularly in the morning, since I’ve been here. Since I haven’t been sleeping quite like a regular human (more on that later, I’ve been on a couple of early morning wanders. I don’t know if I’ve ever seen a place so brazenly mythical, like it dropped out of some ancient storybook. If you came here as a landscape painter seeking inspiration, you’d never leave.

The summer camp itself is housed in a converted ski resort: one of those businesses that went under in the long recession of the nineties. There were many; read about it. The summer camp opened up new possibilities for the community. At the same time, it also provides a lifeline to nature for city kids in the Tokyo metro and the wider world, who live their lives circumscribed by phone masts and telegraph poles. 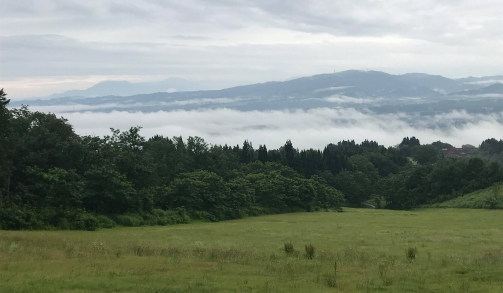 The jewel of the place is the lake, though. At 6:20AM one morning, I dived in and swam in the clouds, barely able to see the trees on the far bank. I’ve been nightswimming as well, of course. I don’t want to make the whole experience out like some solemn nature pilgrimage- there’s been lots of shoving each other off water platforms and campfire stories about pooing. 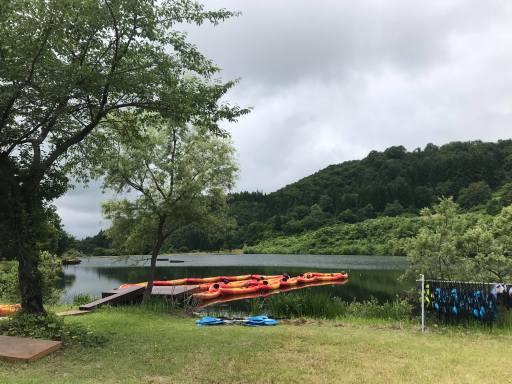 While the camp is an English language environment by design, it’s enormously diverse, with people from over twenty countries in the staff alone. I don’t want to talk about individual people right now (out of respect, but also some of them might be reading!), but it’s been really cool meeting such a jumble of a group. People bring a lot of different things to the table- a bazaar’s worth of skills and experiences, and a bunch of people who can do cartwheels that make nine-year-old me mad fuckin’ jealous.

When the first kids arrive next week, we`ll be gearing up for a summer of outdoor activities, grazed knees, homesickness, marshmallows and fireside bonding. And probably some vomit. We’ll be kayaking, swimming, climbing, bug-hunting, hiking, singing, painting and rope-walking our way through the week, all while attending to the emotional needs of a group of young people, many of whom have never been to camp before. It’ll be a dizzy ride- let’s see what happens. 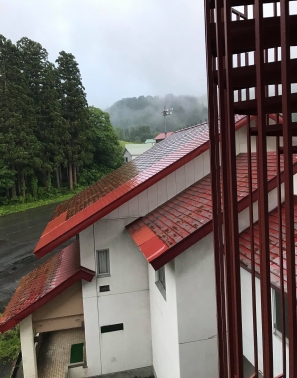 The training itself has been pretty intense, to be honest. The days start early with a bang of energy and singing, in preparation for next week when we’ll have a hundred plus little ‘uns running about. I’m still not a morning person, but god I’m trying. Fake it ‘til you make it, they say. There’s been an avalanche of new information, a trillion sing-alongs, and barely any time to process and debrief. There’s already been plenty of opportunities to try and learn things, and the kids aren’t even here yet. Next week’s gonna be sensory overload. In one of those little ironies of life, I’m back in the heart of Tokyo for a much needed break from the mountains.

Confidence and its Shadow

It’s not been an easy week, for all that. I’ve been struggling with my sleep again, a problem not helped by humid nights and bright dawns. Sometimes when I get like this, my insecurities feed off each other, and suddenly I find that I can’t do things which I thought I could do. That can be a shock to the system. 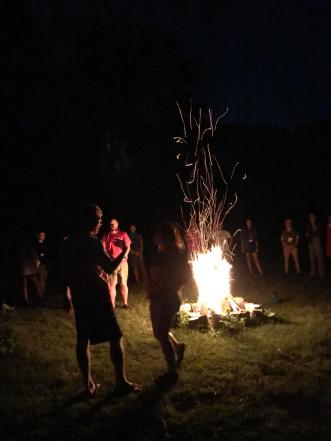 So how do you harness that anxious energy and wring it into something positive? I guess the answer to that is around the campfire, where we sat and listened to the planks crackle, and really looked at the trees. To find the energy within yourself, you have to channel the magic of the place, I reckon. Till now, I’ve always thought digital detoxes were a bit, err, phoney… but I’m starting to see the magic of stepping away from the little screen, and next week I’ll hardly look at it. In the meantime, I need to reach deep inside myself and make this work. I know other people get nervous too. Thanks to all who’ve been there with a kind word or suggestion this week.

This week’s actually been lots of fun too, and it’s kinda weird that I ended up writing such a serious blog. Despite my nerves, I’m really looking forward to working at the camp and meeting the kids.

Right now, I’m back in Roppongi, Tokyo, where the diplomats live and Starbucks haunts every street corner. It’s been fun, y’all. I’ll be back next week, when camp has properly started. 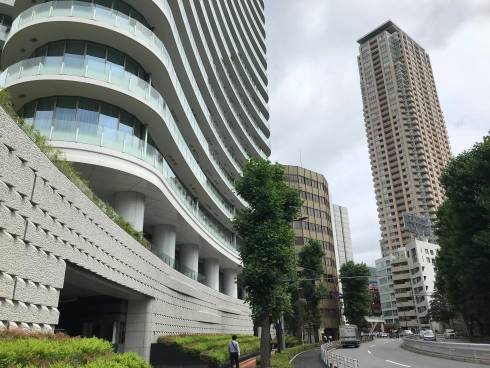 ‘Til next time,
From Your Correspondent in Two Places at Once