Jun 28, 2019 The Worlds Outside personal development Leave a comment

A year ago today, I stepped off a plane into the feverish Osaka summer. I got lost, failed to understand conversations and had to flee the city for a day because it was all too much. Battling the elements, braving the rush hour subway, trying to learn the basics of conversation and culture. Looking at my first photos of Japan today didn’t merely stir a warm glow; it catapulted me headfirst into an intense flashback of emotion.

Then, after the high, the crash. The hardest thing to accept about being here has been the slow transition to normality. It’s completely predictable, and so seamless that you don’t even notice it happening- like seeing a child grow up in front of you. Then one day, you catch sight of an old photo on the mantelpiece and think- where did the time go? Well, it’s a bit like that, anyway. Over time, the mental energy toll of each day shrinks, but in the process you lose something too. That giddy magic of discovering a new place is gradually eroded, until you find yourself receiving a job offer, taking a quick look at the city on Google and thinking, yeah, looks alright. Might read the Wikipedia later if I have time. I know that sounds a bit gloomy, but I think it’s just what life is like. Magic is ephemeral. Mono no aware.

Because it’s a significant date in my timeline, I wanted to write something here giving practical advice for people planning to make the same journey as me. Unfortunately, I don’t feel ready yet. It’s not that I’ve learnt nothing, but it would be an article that requires me to take a step back and do some sober analysis. For a number of reasons, my emotions are running higher than usual at the moment, and I’m not in the correct frame of mind. I think it might be something I write just before I leave Japan, or just after.

Anyway, arbitrary though they might be, I’m addicted to milestones. There’s great value in anniversaries, as a chance to interpret what came before, and how the world’s changed as it turned on its axis. Owing to this and my fearsome memory for dates, I’m forever being jolted into introspection by realising that, say, three years prior I was just making myself at home in Bristol, or my school days ended ten Junes ago, or American Idiot was released fifteen years before. And the world keeps on turning, and we’re always running to catch up. That ‘memory’ feature on Facebook was made for me. 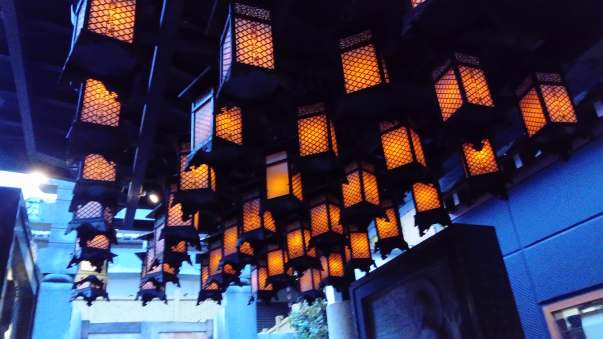 An Aspirant Polymath in the Queue at Tully’s (Or, How I Came to Terms with My Lack of Complete, Effortless Brilliance)

Although I can be dreadfully lazy at times, coming to Japan has taught me that I can juggle more plates than I knew. As well as taking on a new job, a new country and a new social sphere, I’ve been learning Japanese, trying my hand at bouldering, travelling whenever I have the opportunity, and writing the blog of course. It’s been a crash course in picking myself up from failure, and I think I’ve got better at persisting and learning from my mistakes.

The flipside of this jack-of-all trades malarkey is the inability to master anything. As a visiting couchsurfer told me, learning Chinese required 15 hours a week of dedicated study for him, but my Japanese study has been spotty and inconsistent, and it really shows. I don’t think I could’ve managed anything like fifteen hours without giving up something else in my life.  I’ve improved a little at bouldering, but haven’t broken through the barrier imposed by my ‘heavy’ frame. I’ve met some great people but never quite integrated like I meant to. And to be honest, I’m still not sure about my teaching abilities.

If this all sounds like defeatist self-deprecation, it isn’t meant to. I never expected to juggle so many plates successfully, and I reckon I did about as well as I could’ve expected. Some people dedicate themselves single-mindedly to the pursuit of one goal, but I’ve never been one of those people and I doubt I ever will be. I’m not saying learning a thousand kanji, catching a coach to Shimane, and falling off a wall several times makes me Da Vinci exactly, but I reckon those polymaths of Italy’s golden era had the right idea. I might not always steer my fantasy helicopter in the right direction, but I crash into the ocean with aplomb, and just about make it to the shore of some sandy atoll. Just call me Renaissance Man-Friday. Help, I’m lost in this metaphor and can’t get out.

So, I can’t really give much advice to people who want to try life in Japan, except this: do it. Fucking do it. It’s a fantastic country, with incredible aesthetics, varied art, stunning landscapes, intriguing cities, wonderful people and more great foods than you can wave a katana at. There’s been a lot of ups and downs to my time here so far, but as an overall experience I’d recommend it highly. 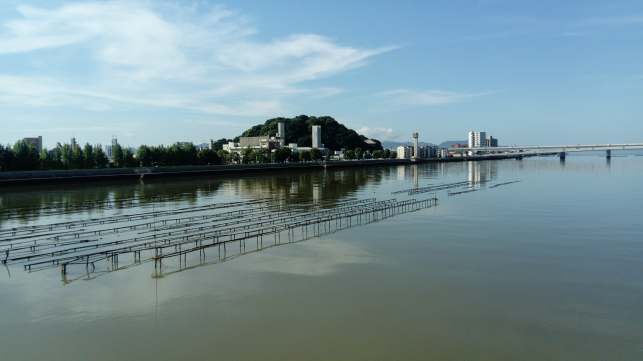 Next time I write an article about Japan, I will try my best to actually, y’know, write about Japan.

From your correspondent in Hiroshima.