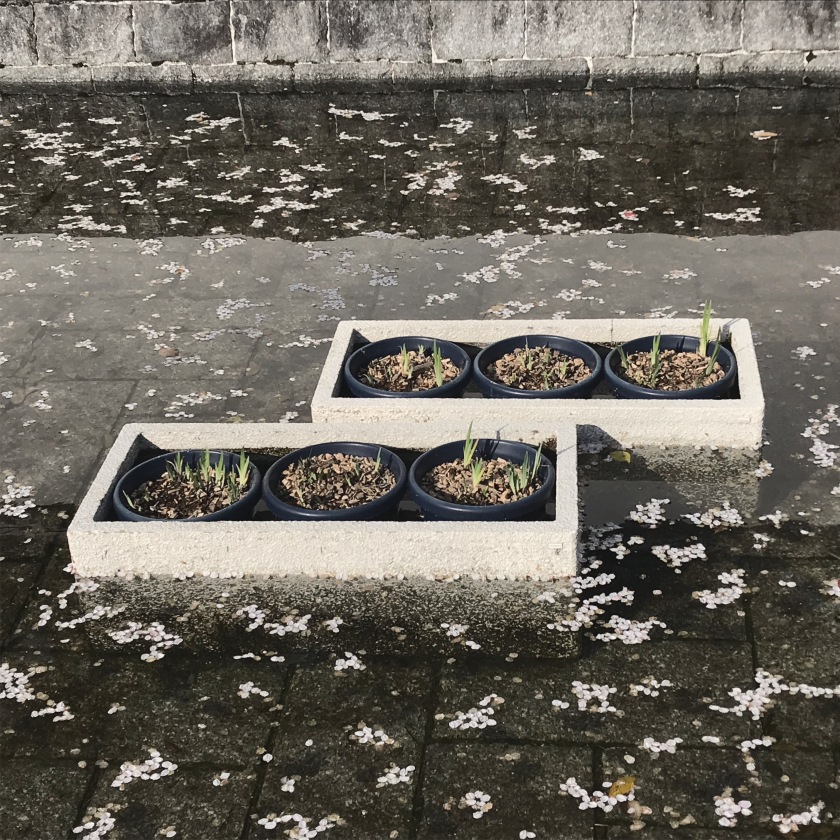 Apr 14, 2019 The Worlds Outside japan, personal development One comment

I’ve learnt a lot about Japan in the last nine months, as I’ve got to grips with life in an unfamiliar society. I’ve written about urban geography, muzak, religion and death customs, sumo, cuisine, historical memory, work-life balance, design, international relations, arcades, football, nature, volunteering, technology and rabbits, as well as a hell of a lot about travel. Well, today, I’m writing about me, and I’m keeping it relatively short.

The Give and Take

Maybe it’s the evolutionary biologist in me, but life is a story of trade-offs. With each decision or change in perspective, something is gained, and something is lost.

When I arrived in Japan, I’d never lived in another country before. Not really. There was an intoxicating quality to how lost I felt, trying to manoeuvre my way through life day by day. Crucially, I was trying to adapt to a new job, a new language and a new society in tandem. Needless to say, it turns out all that book and screen learning doesn’t translate into familiarity, or even into understanding. It was often stressful, and at times pretty lonely; I’ve never been so tired at the end of each day, nor slept so well. By contrast, although a friend told me it took her months to adjust to being back in England, it took me about twenty-five minutes in St. Albans before I felt like I’d never left.

Hiroshima started to feel like home once I returned to it. You start falling into autopilot, a low-energy setting that feels comfortable and easy. The homesickness for England duly faded, helped along by the shitshow of Brexit. What’s more, I understand Japan better than I did, and can see underlying patterns in culture and behaviour that I couldn’t see before. But the counterpart to familiarity is the loss of enchantment. It’s not that I don’t love Japan, just that it’s impossible to view the world around me with those newborn eyes.

As those of you who know me may have an inkling, I’m not the most decisive of souls. For those of you who don’t, just take my word for it. I agonise over decisions, letting the sand sieve through the hourglass as I weigh up the options. Given the option, I can easily take half an hour to select a goddamn meal.

But I have a big decision to make. When my contract comes up for renewal in July, I’ve opted not to renew it. I won’t go into the reasons here, but this leaves me with a bit of a quandary. Specifically: should I stay in Hiroshima and take on another teaching job? Should I head on to another city? Perhaps Tokyo or Yokohama, or somewhere off the beaten track like Sendai or Nagoya? Do I definitely still want to work as an English teacher? And what if I want to move on altogether? There’s a broad world out there.

To be frank, the restlessness is back again. The other day, a friend left me a memory stick full of music- the modern mixtape, to be sure- with some recommendations. There’s this incredible bluesy troubadour called Asakawa Maki, who bounced about between genres, cigarette in her hand, taking in jazz, folk, experimental electronica and devotional music en route. There’s some half-decent, noisy post-rock and some alt-country. But the thing that got me dreaming was this compilation of old folk, garage rock and rockabilly tunes from Myanmar. Half-lost songs, they’re not the most accomplished thing in my musical haul; yet as soon as I pressed play, I was hooked, and I was shuffling towards the door. As ever, music stirs suppressed emotions, and that feeling of diving headfirst into an unfamiliar world- I want to feel it again.

Indonesia appeals, that’s for certain. I’ve been learning a little of the language out of curiosity, and compared to Japanese it seems like a doddle, although I’m sure I’ll be proved wrong down the line. I have friends who’ve spent time in Vietnam and loved it like nowhere else. Alternatively, I could stay in Japan and dive deeper, learning to speak Japanese fluently instead of just about functionally, and making Japanese friends without the aid of English. Restlessness is a powerful feeling, but your feelings aren’t always right about the future. 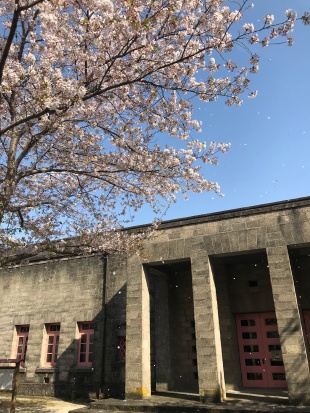 But I guess until recently, I’ve been able to hide behind distance. In the cold air of March, summer and decision time felt far away, but something about the cherry blossom falling brought me back to reality. In the words of my memory-stick-mix-friend, the cherry blossom makes you feel half drunk. True, and when it falls, it’s like the end of a strange dream, one that slips through your fingers as soon as you try to tell it. Summer is soon, and crunch time is even sooner. I can’t put off making a decision for much longer.

I’ll leave you with some more pictures of high spring in Iwakuni.

From your correspondent in two minds,
Peace. 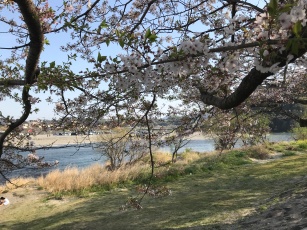 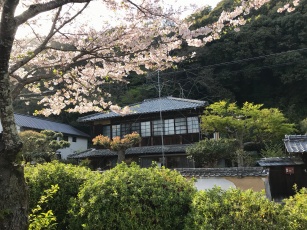 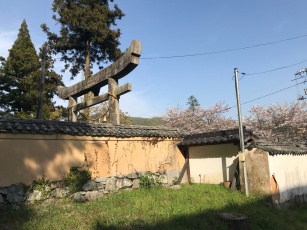 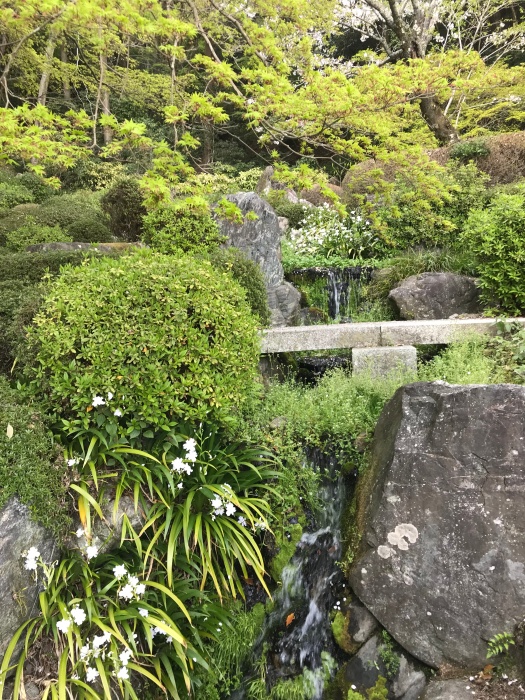 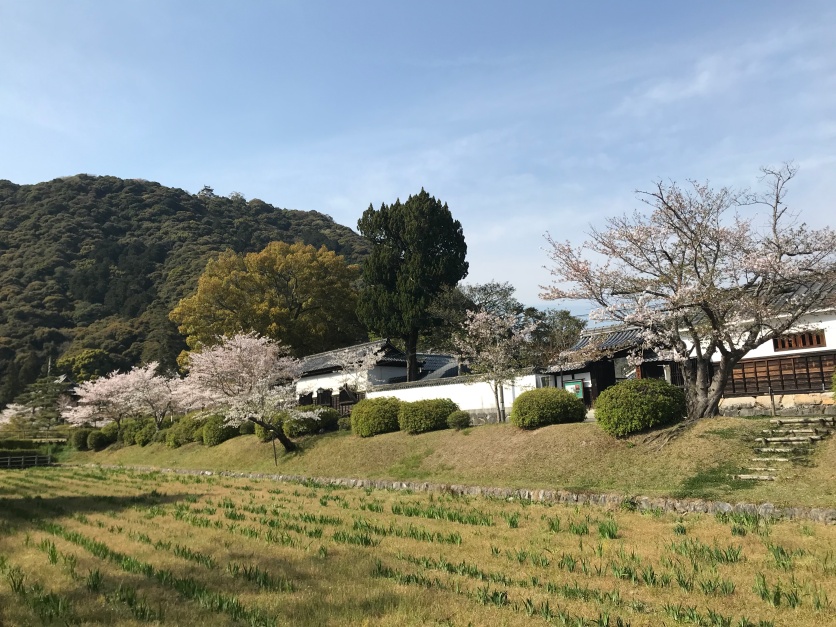