I thought I’d do something different this week. And so, I give you an abridged guide to Hiroshima’s most celebrated tourist trap. Miyajima is a UNESCO world heritage site, home to many of Japan’s most venerable shrines and temples as well as the most spectacular sea views I’ve ever witnessed. It’s overrun by cuddly sika deer, there’s stone lanterns everywhere you look, and a gate to another world is out in the bay. Enjoy.

The ferry runs regularly from Miyajimaguchi, on the mainland and at the end of the number 2 streetcar line. I love ferries as a mode of transport- there’s something endlessly romantic about being shuttled to a new island by ship. Perhaps it’s the influence of The Wind Waker, but to me it always feels like travelling between levels on a video game. You found a grappling hook! On to uncharted territory! Anyway, it’s only a ten minute journey, but it demands a soundtrack. I can’t think of a better place to listen to some new music.

You can get a boat from Hiroshima Peace Park instead, but you shouldn’t, unless you’re in a real hurry. Boats from the peace park are hugely expensive, and the streetcar through the suburbs is interesting in itself. Either way, you should probably leave early, because there’s lots to do and see.

A lone vermillion torii stands, unsupported, in the shallows. It guards the entrance to the world beyond this one. People wade out to touch it.

This is the reason you know Miyajima. You probably recognise the torii even if you haven’t heard of the island. This incarnation was built in 1875 from camphor and cypress wood, although a similar gate has sat here for eight hundred years. The torii is seventeen metres tall, and as such it exists on a recognisably human scale. Unlike so many of the world’s great monuments, it doesn’t strike me as designed to create awe or intimidation, but rather intrigue and a sense of mystery. You could imagine it appearing, unexplained, in a town square one morning at the start of a movie. 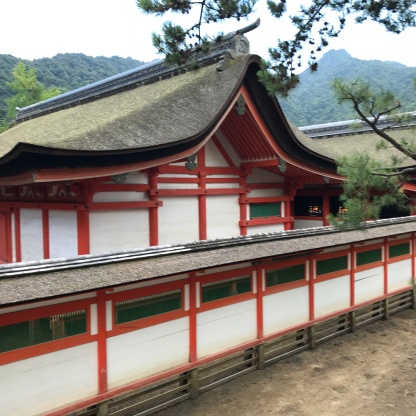 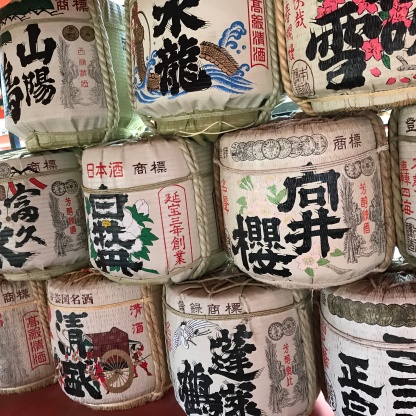 In front of the torii is Itsukushima shrine, which is as alien a religious building as any I’ve seen. Most of it is barely a building at all, rather a series of interconnected walkways and viewing platforms with roofs supported by passion-red pillars. There’s a Noh theatre for traditional Japanese masked plays, and some individual halls for specific Shinto deities. You really should visit at high tide, though. 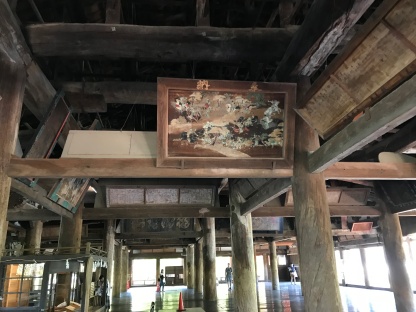 Probably my favourite spot on the island. This 16th-century shrine perches above Itsukushima. To me, it embodies one of the core features of Japanese religion; it’s magnificently built but from unostentatious materials, and inside is just emptiness, with a few Tokugawa shogunate-era artworks hanging in the rafters. The deliberate openness to nature makes a pointed contrast with the Abrahamic religions, which tend to separate the natural world from the inner sanctums of worship. It’s a peerlessly good place to sit and think. 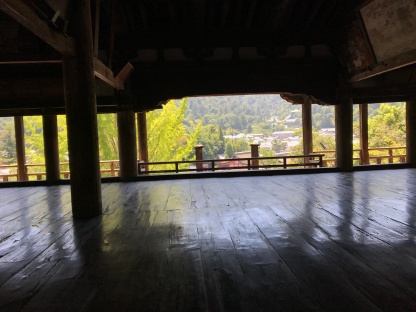 It’s a pagoda. I mean, it’s cool and all, but if you travel round Japan they’re kind of everywhere. Also, you can’t go inside. Sample conversation overheard at the base: ‘Oh look, it’s another five-storied pagoda. I mean, I’m getting the vibe that if you’re not gonna build five stories then why even bother, right?’ 7/10.

In theory, you can hike up Mount Misen. However, both times I headed out to the island, it was pushing 30 degrees, and I quite like not dying from dehydration. So I gave in and took the ropeway- a pair of cable cars which shuttle you halfway up. The ropeway turned out to be well worth it, an aerial panorama of dense, antediluvian forest, pierced by dead trees sticking out like crabbed, bony fingers.

From there, to my slight sadness you follow a paved path to higher ground. From various vantage points you can see what a dense cloud of islands the Seto Inland Sea is. In theory, you can see Shikoku on a clear day, although to be honest I didn’t know which bit was Shikoku so I can’t verify that.

There are many shrines, temples and old houses on the mountain, and I didn’t visit them all. One detour you should absolutely make is to Reika-dō, the ‘Lovers’ sanctuary’ which is said to contain a holy fire first lit by Buddhist monk Kobo Daishi in the 9th century. It is a place for the profession of love, particularly forbidden love. When I arrived at the Lover’s sanctuary, two candles were burning in front of a hulking cauldron. I placed a third candle between them, and smirked at the waxen ménage à trois I had created.

The beaches of Miyajima are a bit tucked away, actually- to find them, you head west out of the ferry terminal and follow the road to the north. There is a small expanse at Suginoura Bay, and a larger tourist resort at Tsutsumigaura Bay. The beach café at Tsutsumigaura is simple but superb- wide windows, kitsune udon and a clear view of the mountains.

Japan loves a pristine pavement and a tidy Zen garden, so it’s a shame the same rules don’t apply to the beaches! I was clearly ‘in season’, but there was a fair bit of ugly debris on the beaches, from bottles and ropes to the odd brick. Mostly harmless but a bit disappointing. Nonetheless, Tsutsumigaura will forever be the first place I properly swam in the Pacific Ocean.

One thing to avoid

To be honest, I don’t know what I was expecting when I visited the Owl Café. What I got was a cramped room containing several owls with little space to hunt, roam or engage in social behaviour. It was pretty miserable and I left feeling guilty that I had supported it financially.

To be honest, my hypocrisy about this kind of thing has grown since I started eating meat again- the aquarium left me feeling uncomfortable too, but at least it seemed to be a forum for animal research. I’m just not convinced octopuses and other highly intelligent animals can ever morally be contained. I need to have a think about whether I can stop eating meat, but vegetarian dining out really isn’t easy here, and I have little space to cook. 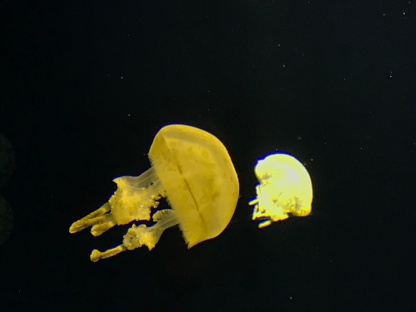 Till next time, with a yearning for the sea lanes,

From your correspondent in Hiroshima