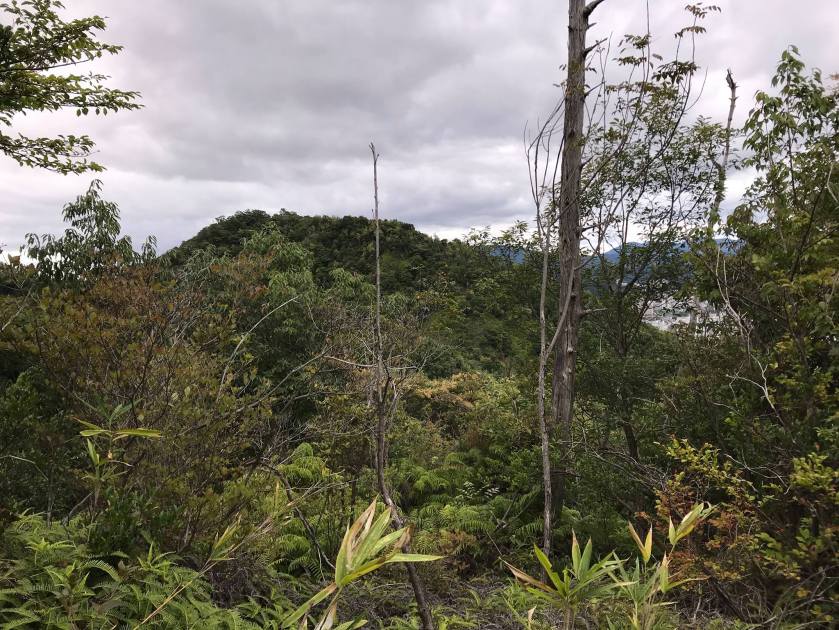 Sep 17, 2018 The Worlds Outside personal development Leave a comment

To lift an opener from Che Guevara’s diary: this is the history of a failure. Not a failure of an effort, or a moral failure, but the failure of a theory to explain the world as it is. These are the kind of failures that drive scientific discovery, and self-discovery too.

Having been stretched thin by plane ticket purchases, I was visiting yet another absurdly elegant temple, this time Mitaki-dera near Yokogawa in the north of the city. The temple is one of the finest I’ve been to, with rows of stone-hewn Buddha statues, a pagoda painted with images of the raging sea, and a slight, separate shrine on a rocky outcrop, surrounded by a wooden balcony. 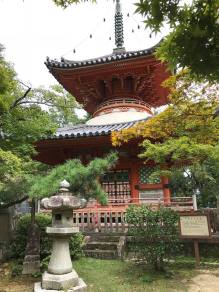 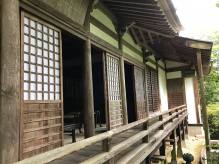 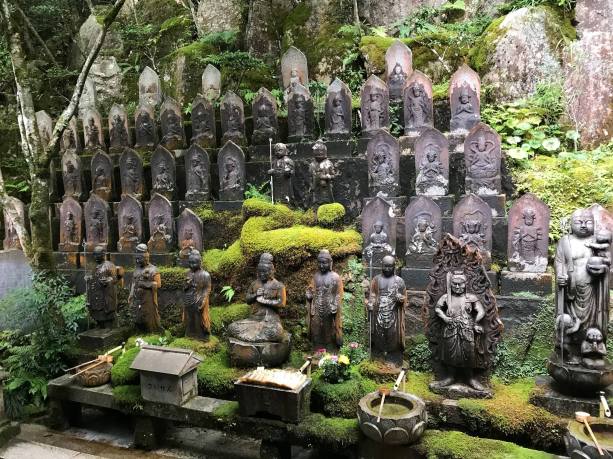 And yet. I was feeling frustrated by yet another day spent following a designated path; it seems like a lot of Japan is like this. You follow the approved path; the museums have ‘suggested’ routes, the days are filled with little rituals, and the mountain is tamed with stone steps. Even the ‘pristine forest’ of Mount Misen has a paved path leading to the summit.

So, I decided to slip off the path and climb further up the hillside. I tore through tree branches and cobwebs. I heard some unsettling yowls from an unseen (and unidentified) animal. I eventually found myself in a clearly planted stretch of bamboo forest. If you’ve never been in a proper bamboo forest before, it’s creepy as hell. The photos don’t do it justice, but it’s dense and ghostly and little light penetrates it. 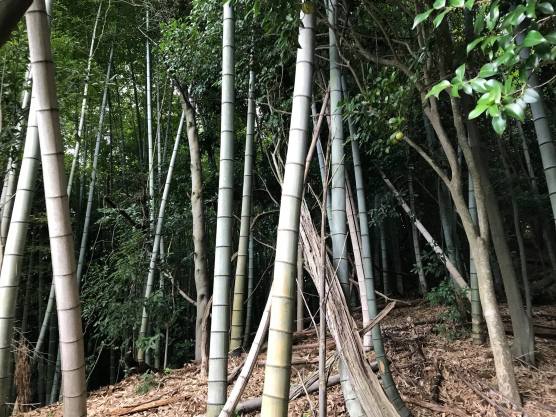 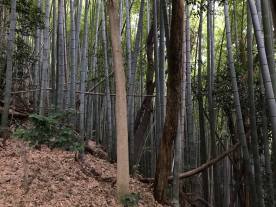 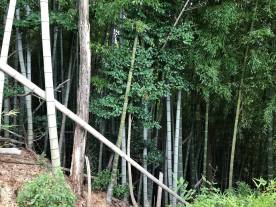 I kept walking for much of the afternoon, down the hillside and along the river. In the late afternoon sun, people played boules and baseball on the grassy wastes by the river side. As the sun began to set, I devoured some delicious Chashuu ramen and reflected on some uncomfortable thoughts that were half-set like jelly in my brain. 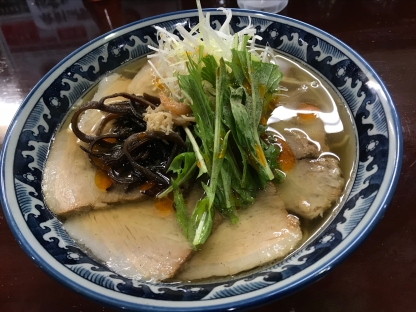 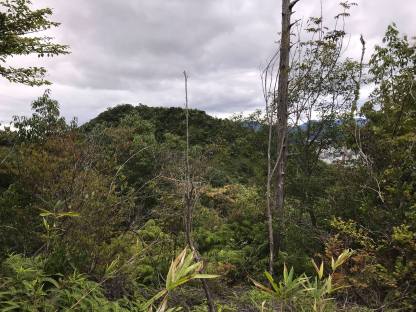 There are some musicians you grow out of when you hit your twenties; bombastic nu-metal jock-rockers and tiresome pity merchants. There are some you carry with you throughout your life, who watch your back, bring you joy and solace, make you dance.

And then there are some artists that exist in a weird quantum state. Perhaps you can’t ignore that painful lack of self-awareness, and the cringey lyrics. Perhaps you’ve belatedly heard the artists that went before them, the ones they were trying to be. Perhaps the proselytizing moral certainty that you felt at Uni has melted away, leaving glacial moraines of doubt and disillusion*. And yet they meant something to you- something too important to be cast away. They were the soundtrack to your sweetest memories, and even a chance encounter gins up emotional whirlwinds. Emphasis on the gin. 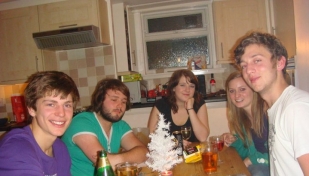 This is unquestionably how I feel about Frank Turner. I can’t pretend that the years haven’t dimmed my enthusiasm. I wince sometimes when I hear the lyrics; the earnest hypocrisies, the rock-star posturing, the changing shades of political certainties. But he’s still the soundtrack to a significant chunk of my life. The mornings after heavy nights in Hyde Park. The rainy afternoons in Woodhouse, with a crate beer and a chicken kiev (the latter courtesy of Spar). The Brudenell Social Club. Somewhere, I Knew Prufrock Before He Got Famous is still being shouted from a balcony in Croatia. 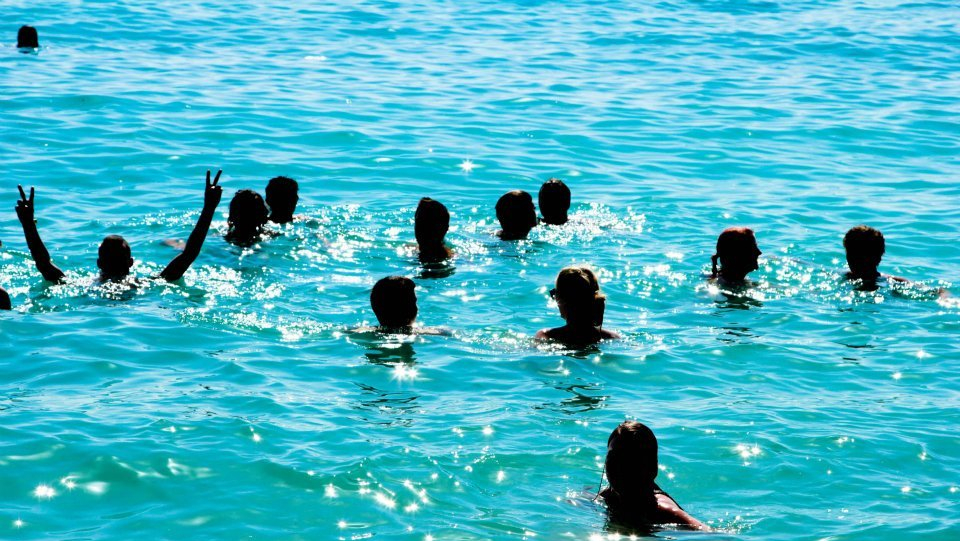 He writes a lot about restlessness, does Frank. In I Am Disappeared, he sleeps ‘with my passport, and one eye on the backdoor, so I can always run.’ Elsewhere, the message is the same: ‘I always keep a small bag full of clothes carefully stored, somewhere secret, somewhere safe and somewhere close to the door.’ Perhaps most evocative is the workaday lament of Isabel: ‘we’re stuck in furnished ruts… we are scared because we know that our forefathers were farmers and fishermen’.

And yet, ‘home’ is a constant theme in both song titles and the songs themselves. The Fastest Way Back Home reflects on the lovelessness of travel. Wessex Boy harps on the little details of growing up in Winchester with deep affection. St. Christopher is Coming Home asks that ‘whatever else may be, may my friends remember me’. Journey of Magi joins the two themes together, its many narrators each concluding that ‘in the end, the journey brought joys that outweighed the pain’.

So what does all of this have to do with me? Well, for a long time I’ve felt restless. I like being on the move. Although I’d say I’m a gregarious soul, I’m often happiest while sitting with my headphones on, watching cities melt away behind me on a departing train. For a long time, I’d put this feeling down to boredom with my hometown, and a lack of new faces in my life. Moving out to Bristol hadn’t fixed it, so I’d modified my theory. The eidolon became England, looming over my shoulder, overcast and babbling about Brexit.

But to my surprise, this restless feeling hasn’t diminished since I got to Japan. If anything, it may have intensified. It seems like maybe restlessness isn’t assuaged by the distance you put between yourself and your roots. It’s a tougher beast to buck. If I had the money, I wouldn’t hesitate to jump on a train and be spirited away… somewhere. 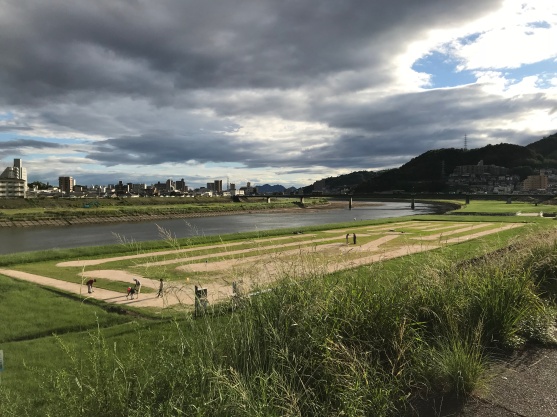 So how can I square this with the creeping satogokoro I spoke about three short weeks ago? Well, I can’t entirely. You might think it’s loneliness, and you wouldn’t be wrong exactly, but at the same time I’ve met tons of interesting folks. You might think homesickness is all about the people, but that’s not entirely true. I miss everyone loads, sure, but I also miss each of my three home cities in turn: Bristol, Leeds and St. Albans. It’s entirely plausible that being back in England would cure that feeling quickly.

Basically, I think people are just teeming mounds of inconsistencies knit together with cartilage and capillaries, and there’s probably not much we can do about it. Feeling two fundamentally contradictory feelings at the same time is part and parcel of the human experience. Life is strange, but yesterday I sat in a restaurant with people from five different countries, and we made our own takoyaki, and drank too much whisky and I won at pool and ate pickled ginger kushikatsu (deep fried, skewered and dipped in sauce) for the first time. So I guess, on balance, life is good. I might need to work a bit harder at appreciating it. 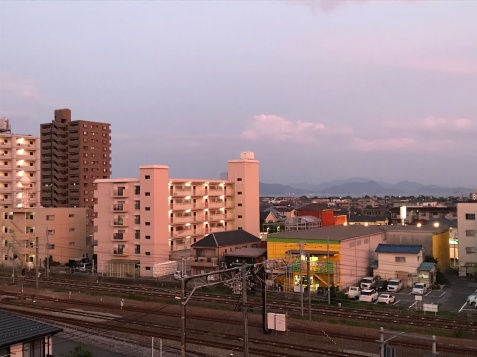 * I know exactly how this sentence makes me sound. I just don’t care.